Self-driving cars could cut road deaths by 80%, but without better security they put us at risk of car hacking and even ransoms, experts at SXSW say 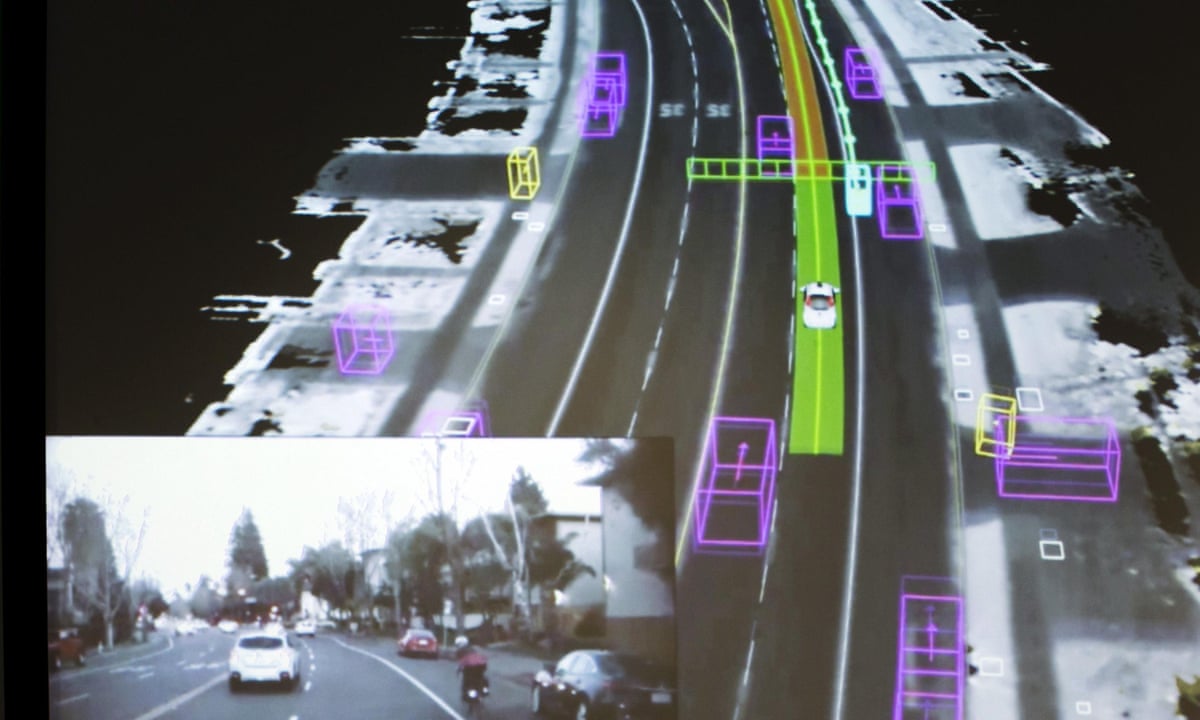 Youre about to drive to work. You turn on the ignition and a message on the dash lights up. Weve hacked your car! Pay 10 bitcoin to get it back.

Hacking into software and then demanding a ransom to release it whats known as ransomware is not new. Finnish security expert Mikko Hypponen fully expects it to become a reality as self-driving or autonomous cars start to become more commonplace.

Already, one hacker claims to have taken control of some systems on board a passenger plane he was on, getting as far as issuing a climb command that he accessed through the entertainment system. Another pair of hackers caused a Jeep to crash in July 2015 by accessing some of the cars software through another poorly protected entertainment system. At the Defcon hacking conference, as far back as 2011, hackers were asking if they could write a virus that would be transmitted car to car.

Hypponen, chief research officer at the Finnish security firm F-Secure, told an audience at SXSW that in the 25 years he had worked in Cybersecurity, he had seen a big shift in the type of people who do the hacking, as well their motivations. When I entered this field, the hackers had no real motive they were doing it because they could.

He says there are now generally five types of hackers:

Good white hat hackers, who break security so that a weakness can be found, fixed and ultimately improved

Activist hackers, like Anonymous, who are politically but not perennially motivated

Nation-states and foreign intelligence agencies, a growing issue over the past ten years

Criminals, who Hypponen says now make as much as 95% of all malware, using hacking to make millions of dollars

It is the criminals motivated by money that present the biggest threat and are likely to increasingly target self-driving cars; the multiple components in cars and lack of rigour by carmakers has made this a pressing issue. Legacy manufacturers who build cars have a long history of safety but not of security, and thats why they are starting learn the hard way. Now they take it seriously and last year was a wake-up call, he said of the Jeep hack.

Robert Hartwig, president of the Insurance Information Institute (III), says the US market for cyber insurance is growing massively, from $2bn in 2015 to a predicted $7.5bn in 2020. This is America, and if you have a breach of personal data, you are absolutely positively going to be sued. The legal fees and settlement costs will be more than the cost of the attack.

The III estimates that by 2030, 25% of all cars sold will be autonomous, marking a slightly slower pace than Google et al might have you believe. Hartwig also said that there will be an estimated 80% fewer traffic accidents because of the increased safety of autonomous cars. Data will be critical to this, allowing policies to be based on precise driving habits, safety and how many miles people actually drive not just what they say they do.

Jonathan Matus, CEO of the company behind the Zendrive app, explained how it uses the built-in motion and positioning sensors in smartphones to monitor driving, including rapid acceleration, sharp turns, stop signal compliance and phone use, which is a major factor in the number of global road deaths each year. Despite car ownership peaking, the number of deaths is actually increasing, he said.

New cars already have complex electrical diagnostic systems that include various monitoring systems so dont tell a cop you havent been speeding, because your car wont back you up, said Hartwig.

He pointed out that the road might actually be the last place to be overhauled for autonomous vehicles; Norway is already exploring an autonomous ferry, while planes are already so automated, even for takeoff and landing, that the skills of pilots are atrophying, Hartwig said.

Human-controlled cars will eventually be forbidden to drive on the road, Hypponen said, except for on race tracks. Matus said the same was certainly true of horses, suggesting yet another future threat to electronically controlled cars that could be harder to detect. If you wanted to slow US GDP, all you would have to do is increase the commute time in every urban environment by 15 minutes. Just tweak a few cars, or get one to put on the brake even if these things happen a few times, it will affect the confidence of consumers.

Even though he sees bad things happen all the time, Hypponen remains positive about self-driving cars, he said. The internet has brought us more good than bad. Overall, technology improves our lives and business, even with the risks. And Ill be able to watch cat videos on YouTube while Im driving.