Aluminium has long been used by manufacturers of performance vehicles and with a 10% reduction in vehicle weight achieving a 3-4% fuel saving, or as much as 5-7% if the power train is also downsized, it was only a matter of time before an OEM took the plunge with a radical approach to weight reduction on a high volume model.

At the 2014 North American International Auto Show in Detroit, Ford unveiled the production version of the previous years Atlas F150 prototype. This time around the F150 stole the show, not only because it’s America’s favorite mode of transport; F-Series sales exceed that of all six Ford SUV models (681,802) and almost equaled the eight Ford passenger cars (793,279), but notably this American stalwart now sported an all aluminium cab and load body.

Luxury car makers such as Jaguar have been using aluminium for decades, and even conservative Mercedes Benz has ‘broken the mould’ by introducing a significant percentage of light weight aluminium body panels and structural components in the company’s smallest rear-drive model, the W205. 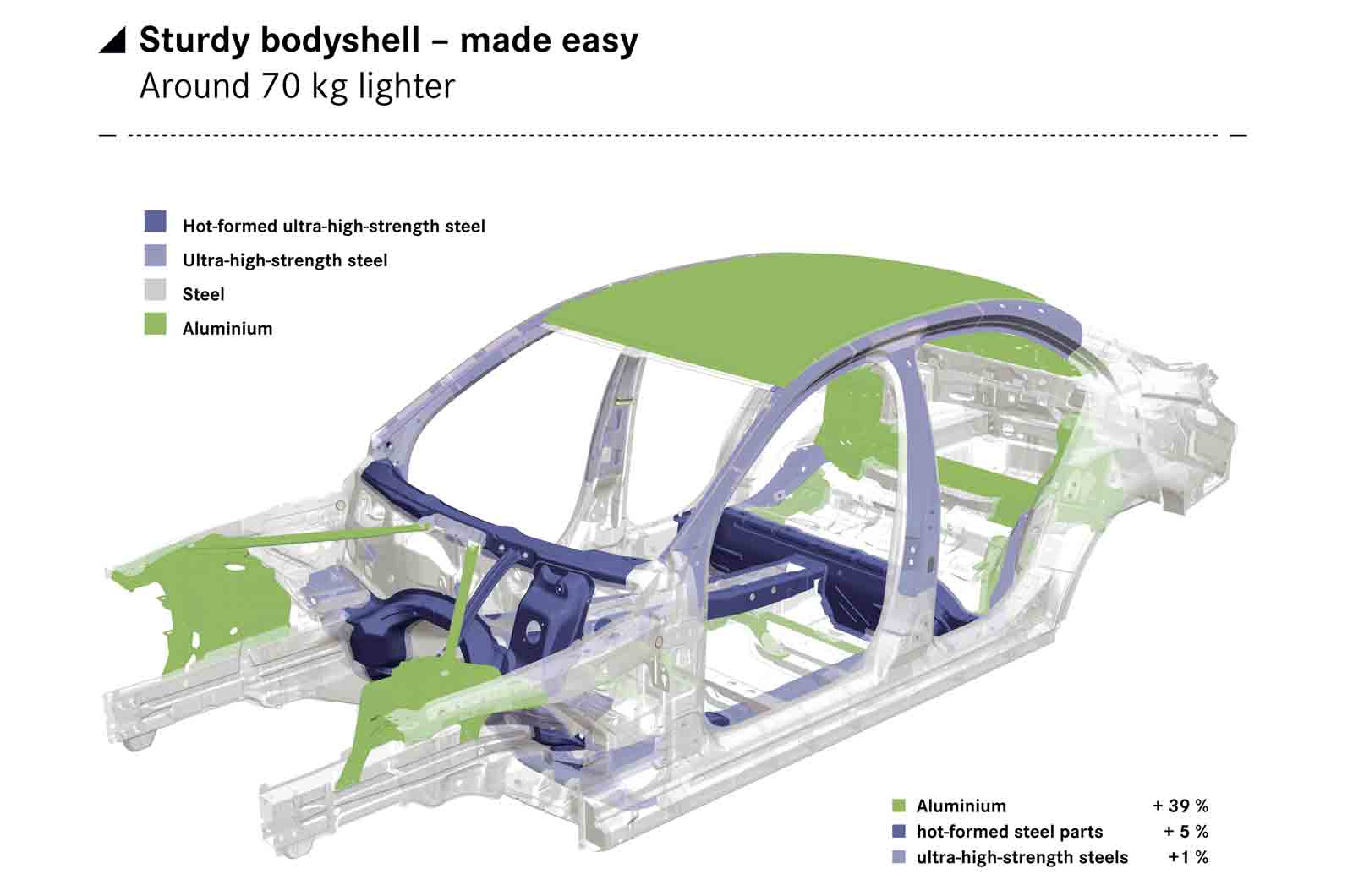 The W205’s aluminium-steel hybrid architecture incorporates 24 per cent aluminium (by weight), achieving a 70kg weight saving over the outgoing W204. Crucial structures such as the front and rear cast aluminium suspension mounts, and the new cast aluminium rear axle mount, replace the current C-class’s steel sub-assemblies. The new components are nearly 40 per cent lighter than 13 different steel pressings they replace.

A single-piece cast aluminium front suspension tower replaces the three-part steel assembly used on the W204. Here, the cast suspension mounts are bonded, riveted and screwed to the adjacent steel pressings with a layer of adhesive acting as a barrier to prevent galvanic corrosion that would normally take place between steel and aluminium.

Despite the sound engineering reasoning behind the increased use of aluminium in premium brand, high ticket vehicles, a question still surrounds the customer acceptance of aluminium in a high volume utility vehicle such as the F150. This sector of the market is traditionally driven by durability and cost, both of which are under scrutiny with the use of aluminium; in particular repair costs and the affect on insurance premiums.

With all indications pointing to aluminum body parts being more costly than the steel equivalents, could the labour cost possibly offset the overall cost of repair?

By way of example: Extreme damage to either the cab or the load body would probably result in replacement not repair, as welding-in aluminum patch panels requires an expensive clean room to prevent contamination of the alloy. And even if the repair shop did have the facility many manufacturers wouldn’t provide replacement aluminum body sections, as a precaution to prevent contaminated repairs: Aluminum contamination accelerates corrosion which can impact the long term quality of repair.

The future of aluminium in automotive body construction.

Despite the use of aluminum in cars and light trucks tripling in North America and Europe over the past two to three decades, this trend may very well be transient: Similar to that followed by the aerospace industry.

Even though many manufacturers are turning to aluminium to meet emissions regulations through weight reduction, there are those, such as BMW, that are looking to hurdle this “interim” development through the use of high tech solutions such as reinforced plastic composites.

Whether the prediction of Richard B. Evans, president of the Aluminum Association, “that within 10 to 15 years steel will represent less than 50% of automotive structures” will become a reality, only time will tell.

When airbags don’t save lives – the Tenkata story.
The sun rises on a Supercar from the East – The Nissan-GTR

Title Washing in America – Lemons without the Lemonade

Even Tesla Fanatics Are Shocked By Model 3 Preorders

Tesla moves it up a gear with the Model 3!