Platoon of wireless-linked trucks arrives in Netherlands port city of Rotterdam, giving a glimpse of the future of road haulage 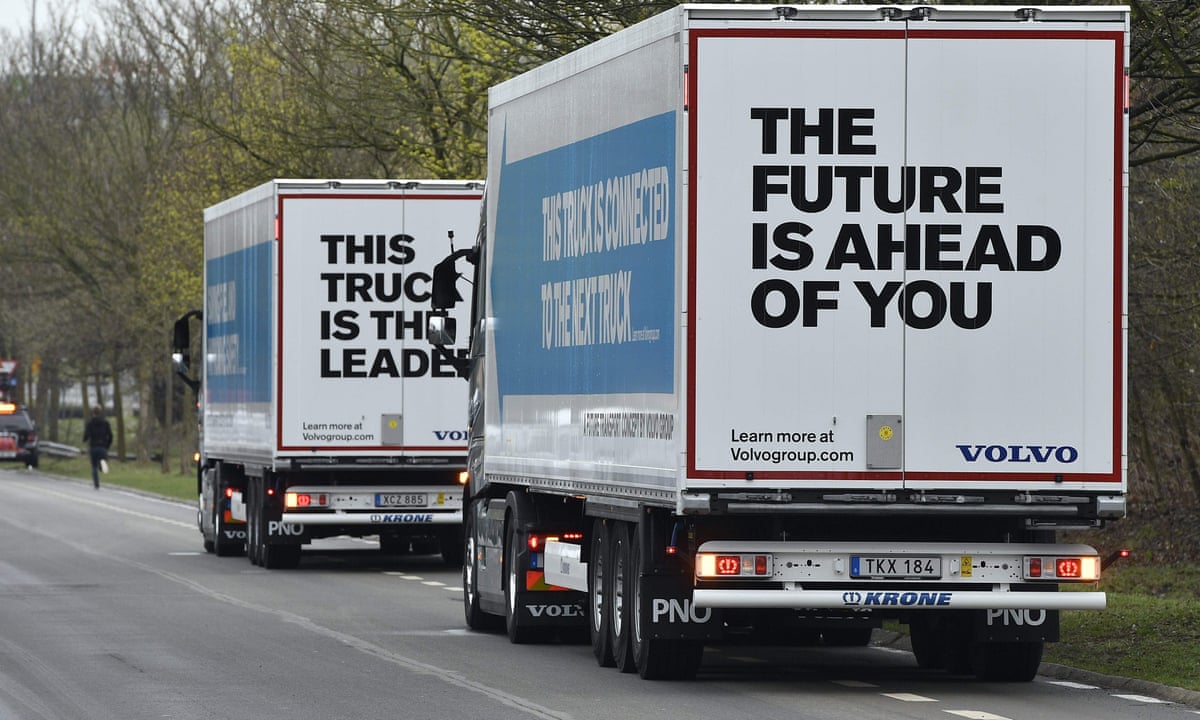 More than a dozen self-driving trucks made by six of Europes largest manufacturers arrived in the port in so-called truck platoons around midday, said Eric Jonnaert, president of the umbrella body representing DAF, Daimler, Iveco, MAN, Scania and Volvo.

Truck platooning involves two or three trucks that autonomously drive in convoy and are connected via wireless, with the leading truck determining route and speed.

Wednesdays arrival concluded the first-ever cross-border experiment of its kind, with self-driving trucks leaving factories from as far away as Sweden and southern Germany, Jonnaert said.

Jonnaert said the advantage of truck platooning was that you had trucks driving at a consistent speed, which would will help traffic flow on heavily congested roads in Europe.

The trucks used in Wednesdays test however are still semi-automated and despite computers allowing them to drive by themselves, human drivers were still required on board.

The proponents of truck platooning say several hurdles still needed to be ironed out and road users would not see self-driving trucks just yet.

This is all part of a journey, which we are on as the automotive industry, towards highly automated vehicles, he said.

The Netherlands, which holds the revolving EU presidency, will hold an informal summit in mid-April to discuss changes to regulations needed to make self-driving transport a reality, Dutch officials said.